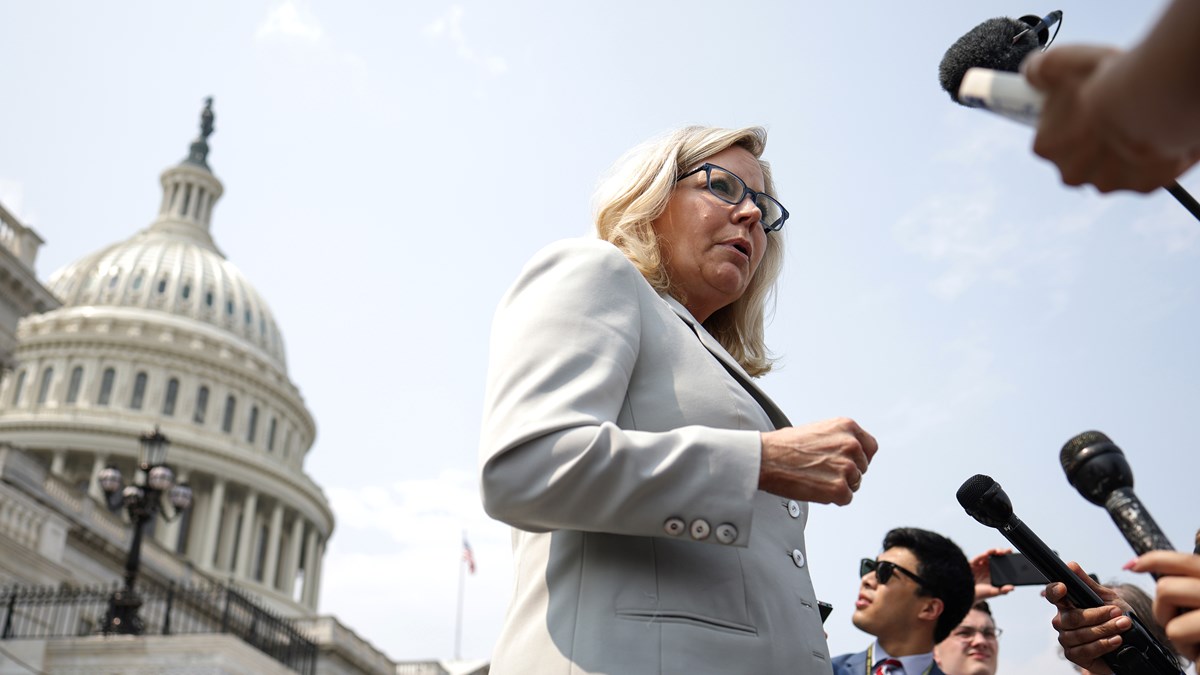 This piece was adapted from Russell Moore newsletter. Subscribe here.

Some people in her own party want Rep. Liz Cheney (R-WY) to lose her committee membership and even her spot on her party’s conference in the U.S. House of Representatives, all because she won’t “walk away” from her. the beliefs that attempts to overturn the last election – leading to last January’s attack on the Capitol – are a clear and present danger to democracy.

Whatever you think of Cheney (as you can imagine, I’m a fan), there’s a broader point here, which applies to many evangelical Christians in a thousand different situations in their churches and communities: to what moment will you cease to retain your influence? ?

I thought about this riddle last week while reading the transcripts of a New York Times podcast debate between Charlie Sykes of the rampart and Rich Lowry of National exam, both Conservatives who admire the integrity and conviction of MP Cheney.

Where they disagree is on whether Cheney has wasted his influence within his party in a way that will prevent him from addressing these issues in the future.

“As a politician, you need to know where your constituents are,” Lowry said. “It doesn’t mean you pander to them or play with their worst instincts or always say yes to whatever they want. But to live is to maneuver. Especially if you’re a politician. Lowry said that Cheney’s refusal to back down on these issues wouldn’t help.After all, if you’re not at the table, you can’t have any influence.

When I read this I immediately thought of how often I have sat in the surreal situation of a televised debate where the person I was debating shrugged sadly and agreed with me off camera , but started saying the opposite again as soon as the lights and cameras came back on.

I can think of people I have known in Christian ministry who have told me, behind closed doors, how disgusted they were by a politician whom they considered immoral but who then, in public, praised the same politician as a man of integrity. The same is true across government.

The argument is that we need adults in the room. As leadership expert John Maxwell once put, “Being one step ahead makes you a leader. … Being fifty steps ahead could make you a martyr. government – often tell themselves that they have to play around with things they think are nonsense to maintain their long-term ability to prevent bad things from happening “If I’m not there, someone worse will be they reason.

There is a kernel of truth in that, of course. I facepalm every time I hear of a young pastor, after arriving at a church, removing the American flag from the shrine, or trying to excommunicate everyone who hasn’t been there for a year. “Even if you’re right, those aren’t your biggest problems right now,” I would tell that person. “And now is not the right time to face them.”

Daniel in Babylon was ready to go into the lion’s den demanding that he worship the king, but when it came to eating the rich delights of the king’s table, he cautiously offered alternatives instead. Jesus didn’t believe he owed the temple tax, but he paid it “that we should cause no offense” (Matthew 17:27). The apostle Paul circumcised Timothy so that the young man’s Gentile heritage would not be a stumbling block for the mission (Acts 16:3).

The problem is that there comes a time when you go from “choosing battles” to a scorched conscience. Peter’s refusal to eat with the Gentiles was, Paul writes, “not to act according to the truth of the gospel” (Gal. 2:14). Almost every time someone acts out of fear of being kicked out of what CS Lewis has called the “inner ring”, the person explains that it is simply a matter of “working within the system” or “living for fight another day”.

Whatever you think of Liz Cheney (did I mention I’m a fan?), no one can seriously suggest that she was an inattentive radical revolutionary. She has twice backed the president she now criticizes and voted with him more than 95% of the time. She had the esteem of her colleagues to such an extent that she was elected third in the hierarchy of her party’s House. She is an adult. She was in all the rooms.

There was a line, however, she couldn’t cross – when she was asked to support things she believed to be against her oath to the Constitution. What was she supposed to expect? If attacking the Capitol to stop the counting of electoral votes isn’t the time for her to speak out, when exactly is that time?

Martin Luther King Jr., in his famous “Letter from Birmingham Jail,” was responding to a group of “moderate white” ministers who had criticized his nonviolent action in the city as doing more harm than good in pressing progress so quickly that it caused backlash.

Sociologist Peter Berger explained in the same period how this happens. He showed that a key predictor of whether a pastor would speak out about Jim Crow injustice was whether that church was in a building program or major church growth campaign.

And, contrary to the idea of ​​biding his time and building his influence to do the right thing later, Berger found that the longer a pastor served in his church, the more less probably the pastor had to challenge Jim Crow.

As we go up, we say to ourselves: “I don’t have the platform to speak yet; when I have one, I will. Once we got to where we were going, we said to ourselves, “I have too much to lose; if I am not at the table, they will lose my voice. We think it’s the voice of caution within us, but perhaps more often than not it’s just ambition mixed with fear.

Not only are internal rationalizations circular, but so are external circumstances. Whether in a church, a ministry, a workplace, a town hall or a neighborhood association, we say to ourselves: “I will live with this little delirium so that I am there to stop the big delirium”.

Yet, while these crazy things are happening, someone watching it all wonders, “Am I the only one who sees this crazy?” When everyone acts like the crazy situation is normal, this observer shrugs and concludes, “It must be me.”

And then madness becomes the new norm. And people “retain their influence” for when it’s needed, for anything that’s just a little crazier. I’ve been there, and this path does not lead to anything good.

Stop relying on the adults in the room to solve problems. Stop imagining that the crises erupting around us will subside on their own.