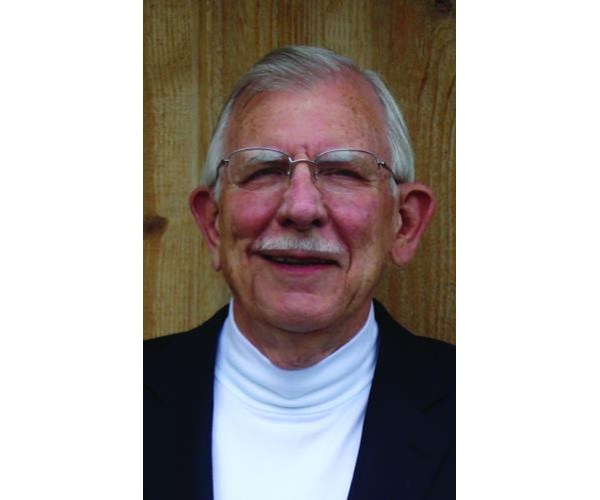 By Marvin Lankford On Mar 12, 2022
Share
WILLIAM (BILL) H. WATSON, JR.
William (Bill) H. Watson, Jr. was born in Houston, Texas on September 2, 1931 to William H. Watson, Sr. and Olga Elizabeth (Brinkman) Watson. He went to school in Houston and attended Rice University where he earned his doctorate in chemistry. While in college, he married Marjorie A. Montague of Houston. They had two children, Cheryl B. (Watson) Scott and Craig M. Watson. After graduating, Bill taught at Texas Christian University with which he was affiliated for 50 years. Bill’s first wife died in 2004, and he later married Marjorie McCollum Tillman of Santa Fe, NM, and moved there permanently.
Bill died peacefully at the home he loved in the foothills of the Sangre de Cristo Mountains, nestled in an ancient pine and juniper forest filled with a wide variety of birds and wildlife. He spent many enjoyable hours embellishing the three-acre grounds with artistic natural constructions, some with an eccentric nature that reflected his keen sense of humor.
His life encompassed the wide variety of his interests and his extraordinary abilities. In addition to his tenure as a professor at TCU, he has traveled extensively giving lectures at major universities, plenary lectures at international meetings and has been a visiting professor at the University of Cambridge, University of Southampton, at the University of Heidelberg, the University of Bonn and several universities in Turkey. Over a period of 15 years, he traveled the Andes from Colombia to the southern tip of Chile collecting plants that exhibited specific biological traits for use in drug development as well as plants used in chemotaxonomy studies.
Bill’s other accomplishments were in the arts. He began painting in 1960 as a self-taught artist and quickly gained the respect of the artistic communities in which he lived. His work encompassed natural landscapes, animals, travels and dreams. Additionally, Bill enjoyed music, dancing and drama, serving on the board of a local theater in Ft. Worth, and he wrote two plays, which received regional awards. He also served as Chairman of the Board of the Santa Fe Concert Association, now known as Performance Santa Fe.
He is survived by his wife Marjorie Tillman, his daughter Cheryl (Watson) Scott, his son Craig Watson and numerous grandchildren and great-grandchildren.
In lieu of flowers, donations in Bill’s name may be made to Texas Christian University or Performance Santa Fe. https://advancement.tcu.edu/new/makeagift/ https://performancesantafe.org/donate-now /

Community members and hospitals reflect on 2 years of COVID-19